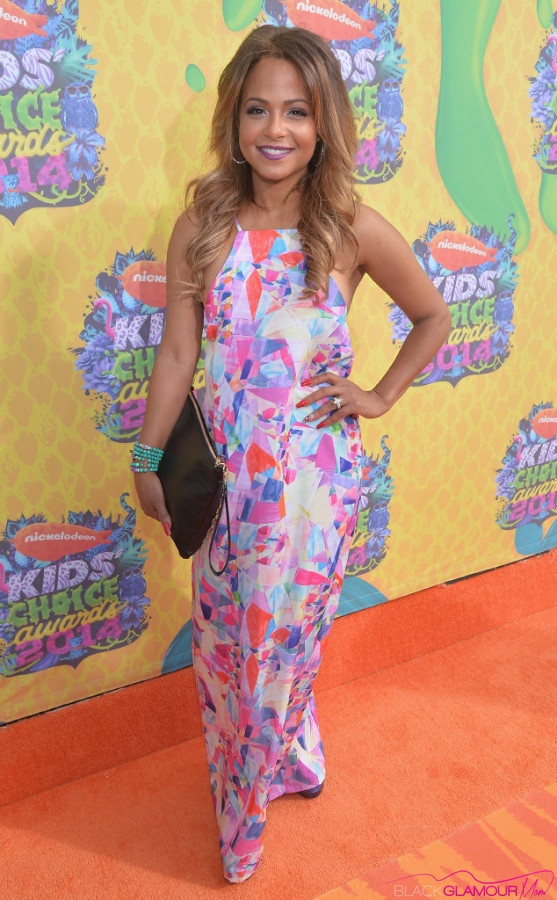 Spring was definitely in the air this past weekend during the 2014 Kids’ Choice Awards. Two of our favorite celeb mommies attended the event and showed off looks that had us craving the warmer weather.

Singer and Actress Christina Milian walked the orange carpet with her adorable daugher Violet Madison Nash. The mommy-and-daugther duo looked so adorable in their matching shades of pink. Milian wore a pink geometric print maxi dress while her daughter looked playfully fashionable in a pink Tutu and pink lace-up combat boots. Too adorable! 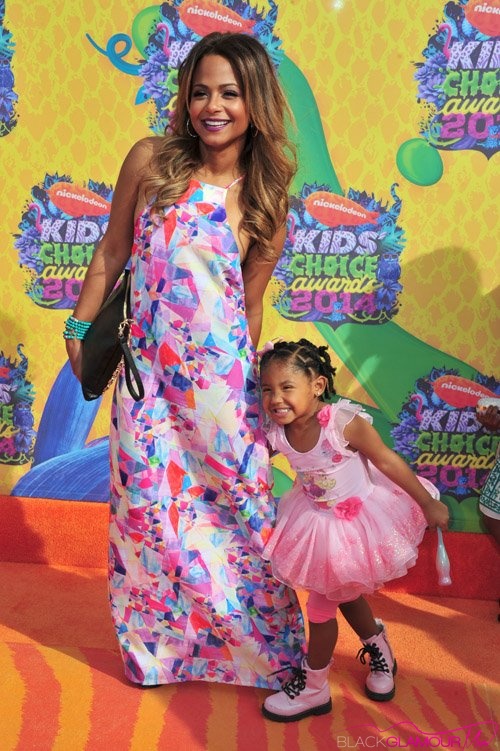 Meanwhile, Insta-Mom Star Tia Mowry-Hardict, wowed on the orange carpet in a two-toned Versace dress and Jimmy Choo sandals.  Looking both fashionable and classy, Tia rocked a look that proved once again that you can look conservatively sexy.

While on the red carpet, Tia chatted with PEOPLE Magazine about her son’s Spanish skills.

“He’s asking for milk in Spanish, kisses and he knows full blown sentences in Spanish,” Mowry-Hardrict, 35, says. “I don’t know what the hell he’s saying, but he knows more Spanish than I do!” 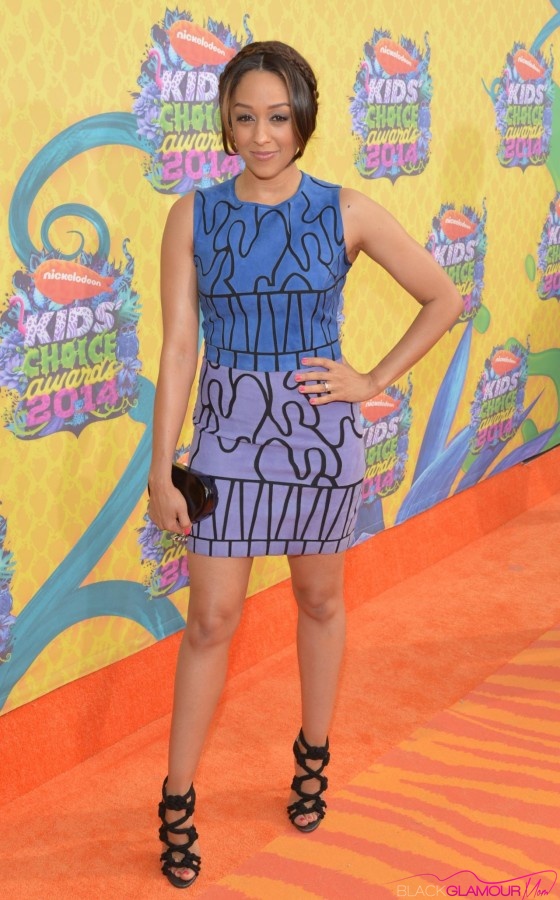 The awards show, now in its 27th year, was broadcast live from the Galen Center at USC in Los Angeles where kids honored their favorites from the worlds of film, music, sports, television, and more.