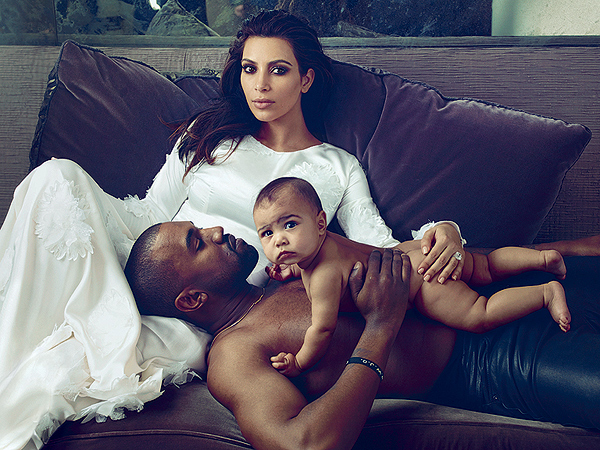 So it’s no secret that Reality TV Star Kim Kardashian and her fiancé  Kanye West are gracing the cover of the April issue of Vogue. What’s exciting however, is how much the glam-mommy reveals about her life as a mother to Baby North West. In the revealing cover story, Kim chats it up with Vogue about her love for playing dress up with her daughter.

“I take pictures of her all the time and dress her up,” Kardashian tells the magazine. “I put Kanye’s big chains around her and I put a little Louis bag and some Jordans, and I was like, ‘What up, Daddy?’ ”

Since last week, Vogue magazine has been releasing images and video from the shoot. The latest picture released, features Kim K., Kanye and Baby North lounged across a couch while Kim wears an all white dress, Kanye wears a pair of black leather pants and North is completly naked.

The intimate photograph is one of many that will be featured in the April issue of the magazine.

Vogue’s editor, Anna Wintour, says of the cover, “Part of the pleasure of editing Vogue, one that lies in a long tradition of this magazine, is being able to feature those who define the culture at any given moment, who stir things up, whose presence in the world shapes the way it looks and influences the way we see it. I think we can all agree on the fact that that role is currently being played by Kim and Kanye to a T. (Or perhaps that should be to a K?).”

Kim Kardashian and Kanye West are set to marry this year. 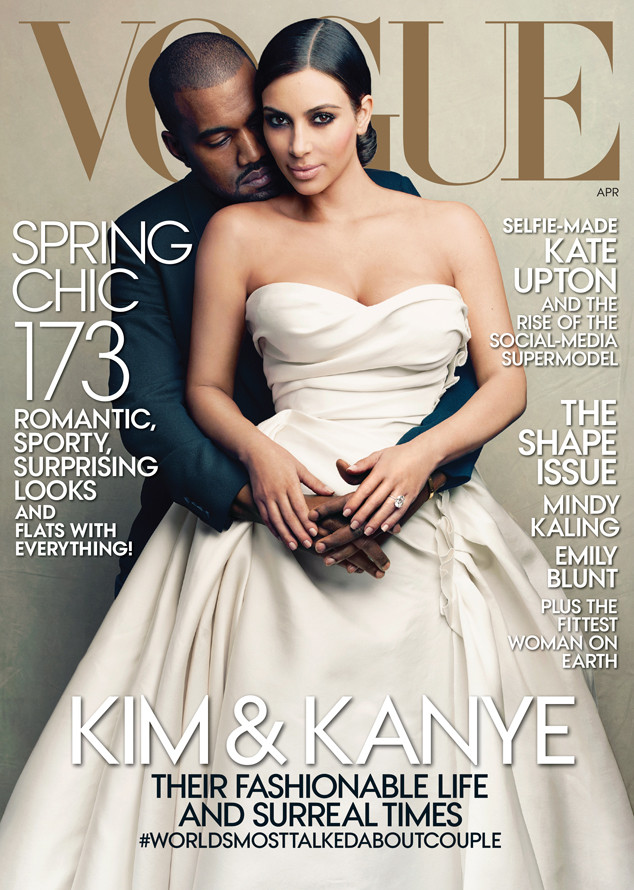 So glams, are you loving the cover choice? We are!