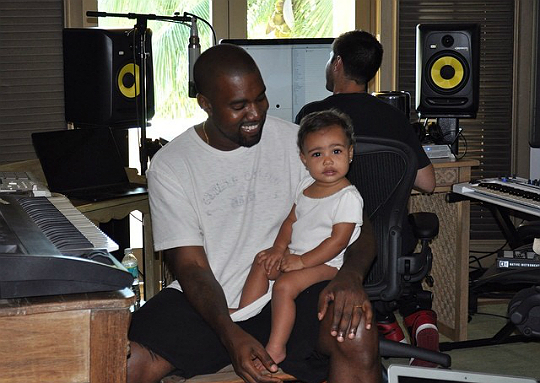 There is just no denying the adorableness that is Baby North West! Reality Star Kim Kardashian shared one of the cutest pictures of her daughter North West logging in some time in the studio with her Father Kanye West.

Dressed in a plain white onesie and no shoes, North stares directly into the camera while Kanye grins from ear-to-ear. The only thing that was missing from the picture was a set of headphones covering North’s ears!

As a mom, who just adores to see my own son interact with his father, it is so great to see the happiness that North West clearly brings to Kanye’s world.

We over at BlackGlamorMom will definitely be keeping our eyes and ears glued to find out whether North will make any cameo appearances on an upcoming Kanye track!