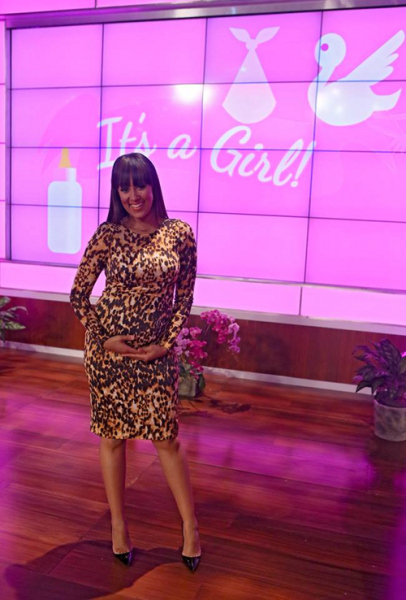 It was not even a week ago when Tamera Mowry announced she was expecting her second child. Fast-forward to now and the glam-mommy has also revealed that she and her husband Adam Housely are in fact having a girl!

Mowry found out the news during a taping of “The Real” after Co-Host Tamar Braxton called Tamera’s husband and tried to persuade him to tell them the sex of the child. Tamera, who didn’t know the gender of her new baby up until this point, grabbed the telephone and told her husband she wanted to find out the big news.

“IT’S A GIRL!” the pregnant star captioned a shot of her on set which she shared via Twitter. “Adam told me the gender of our baby today while taping #TheReal and I was so surprised and excited!!”

Tamera went on to share her excitement about the news on her blog. “Adam and I are thrilled to announce that we’re expecting!” she wrote. “Ever since being blessed with Aden we have known that we would eventually want to expand our family. We’re very excited and grateful to say that we will be welcoming baby #2 this July!”

The TV star is already bringing out the glam, which was super evident by the form-fitting leopard print dress she was rocking on the show. 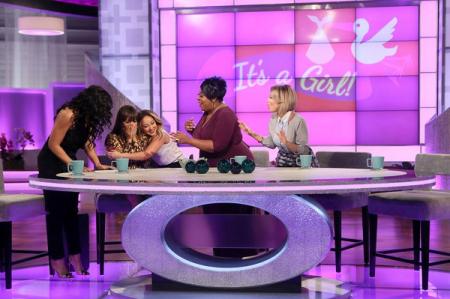 Congrats again to Tamera on her baby girl!