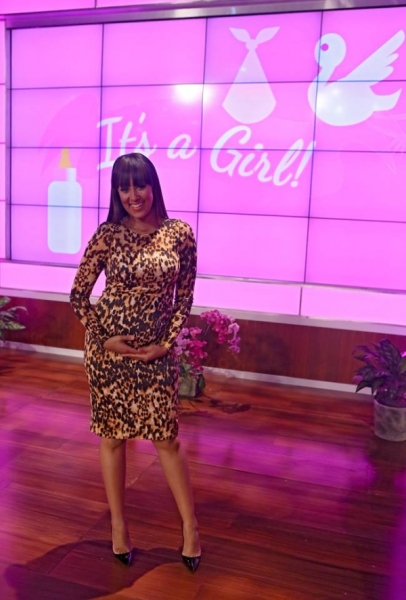 Tamera Mowry-Housley has officially expanded her family with the birth of her second child, a daughter, Ariah Talea Housley.

Tamera gave birth to Ariah at 2:54 p.m. on Wednesday weighing in at 10 lbs., 2 oz and measuring 20.5 inches. Aria joins her big brother Aden John Tanner, who is almost three-years-old.

The new parents told PEOPLE “We are beyond overjoyed and blessed with our beautiful baby girl. Aden already made a welcome video for her.”

Tamera announced her pregnancy on Instagram back in January . During her second pregnancy, Tamera continued to bring on the glam as she continued to co-host The Real and attend various red carpet events during the pregnancy.

Congrats again to Tamera on her new bundle of joy!