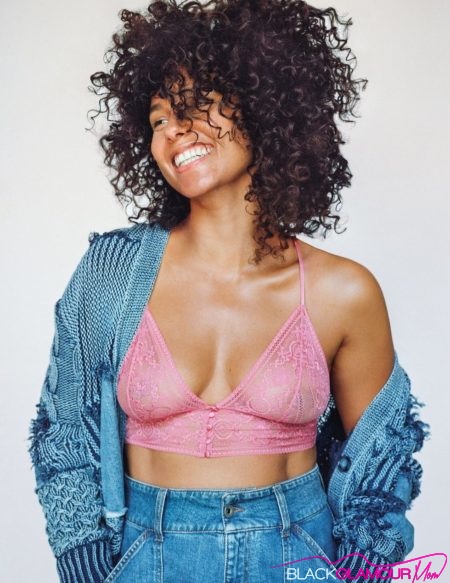 With the month of October in full swing, there’s no doubt in my mind that you all have gotten your fair dose of news around Breast Cancer Awareness Month collaborations, inclusive of the “Special Edition” perfume bottles,  Pink bicycles, Pink watches and everything else mixed in between. Trust me, there’s no shade here as it’s all for a good cause. However, as someone who is intimately curious about the latest news tied to the disease and the continued lack of knowledge around how Breast Cancer continues to impact the black community, I jumped for joy after hearing about Celeb Black Glamour Mom Alicia Key’s partnership with Designer Stella McCartney.

Not only are these two women pushing the sell of Stella McCartney’s Ophelia Whistling bra ($160) and underwear ($90) set in Poppy Pink, but all of the sales (That’s Right All of the Sales) will go towards supporting the Memorial Sloan Kettering Breast Examination Center of Harlem, as well as the Linda McCartney Center in Liverpool, UK.

The designer partnership was designed to highlight the inequalities in accessing early detection programs.

“According to statistics, there is a 42% higher chance of breast cancer mortality in African-American women in the US,” a post on McCartney’s website states.

It’s been confirmed that the low survival of black women who have breast cancer is partially caused by the fact that they are diagnosed at later stages than any other racial/ethnic group. Through their joint campaign, both Keys and McCartney want to promote regular breast cancer screenings and push for early detection.

As a daughter of a mother who is a breast cancer survivor, the disease continues to remain very near and dear to my heart. In fact, I actually am preparing to have my first mammogram this month, a scary, but critical first step in ensuring that I keep a close eye around my status, particularly as I start to creep closer and closer to turning 40.

So Glams,  I encourage you to not only purchase the chic special edition goodies this month, but to also educate yourself and have conversations with those closest to you about this disease and the importance of early detection.

BGM Fashion Crush: Fendi Mommies? 4 Tips For Keeping It Glam While On The Move